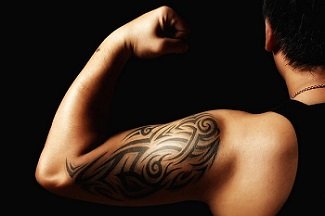 Looking back at my development over the years as a guitarist, an important skill that I acquired was the ability to create my own exercises that target whatever I want to improve on at the moment. This is a skill that most advanced guitarists eventually develop. It’s incredibly helpful to be able to this because it can be a powerful driver of improvement in any area of musicianship.

Why Develop Your Own Exercises?

First, why is this such an important thing to be able to do? There are tons of books and instructional websites out there to learn from. Why re-invent the wheel?

The answer lies in efficiency. Given the huge amount of possible things that there are to learn, it’s important to spend your time working on things that relate to what you’re trying to improve on in the most direct way possible. Even books that address seemingly specific things about playing the guitar are going to be somewhat generalized since they are trying to sell to a broad audience. Knowing exactly what you need to work on and how to go about working on it enables you to bypass all the other exercises that aren’t as directly related to where you are trying to take your playing.

And, it’s empowering to be able to make your own exercises. Doing so means taking control of the course of your musical development. It can also be motivational to know that what you are working on has direct relevance to where you are trying to go as a musician.

I can only offer general advice on how to go about designing your own exercises. There are countless situations where you might find yourself needing to do this, and each one will require a slightly different approach. I’ll lay out some guidelines that can be roughly followed, and then show a few examples of how I went about figuring out a way to improve on some things in my own playing.

You then need to do an assessment of your current ability to do the skill you want to develop. Of course, you’re not yet able to do the skill at hand in a satisfying way. The question is, what exactly is preventing you from doing it? Again, the more specific you can be with your answer to this question, the better.

Most often, you can break the problems you face in performing a certain skill in to 3 categories: the problem is either physical, mental, or a compound of the two.

Being aware of the nature of your difficulty with the skill you are trying to develop will influence how you go about putting together an exercise to use for working on it.

At his point, you need to figure out how to isolate and repetitively work on these weaknesses. There are a couple good ways to do this.

Once that is done, figure out a way to gradually increase the speed and/or difficulty of the exercise you’ve made.

One of my main focuses as a guitarist is jazz. Back when I was first getting into playing jazz, I found the types of chromatic lines that are so common in this style to be a bit awkward to play. Up until then, being a more rock and blues type of player, I was used to doing licks and runs up scales that involved 2 or 3 notes per string. A lot of the more chromatic sounding runs in jazz involve playing 4 notes on a string. My hands weren’t yet used to doing that, so I wanted to get more comfortable with it.

Looking closer at what was happening I found that I wasn’t used to playing combinations of notes that used 4 different fingers on one string. I also wasn’t used to picking a string 4 times before moving on to the next string. So, I put together a couple exercises that targeted those things. One exercise was just to play a series of 4 sequential notes on each string, going from the 6th string down to the 1st string and then back. Here’s an example:

I would do these exercises with a metronome, gradually increasing the speed as I went along. I would also try to do them on different areas of the neck of the guitar, just so I felt equally comfortable on the lower, wider frets and the higher, smaller frets.

This also goes back to when I was first seriously delving into playing jazz. At the time, I found it incredibly difficult to keep up with the shifting harmonies that occur in jazz standards. I knew my scales and arpeggios really well and had good enough technique to do what I needed, but I couldn’t keep up with being aware of the chord changes going by and the changing scales that were needed to play over them.

When breaking down how to go about working on this, I settled on the idea of somehow simplifying what I needed to do. I had to come up with a way to make it simple enough to where I could follow the chord changes and gradually introduce complexity from there.

After doing this exercise over a variety of jazz tunes over the course of a few months, I developed the ability to mentally keep up with the changing harmonies involved in playing this style.

One last example is when I was learning to do a walking bass/chord accompaniment on the guitar for jazz tunes. For me, this presented a handful of difficulties:

In a situation like this, you have to attack each difficulty separately. The first order of business was getting a firm grasp of the system behind how walking bass lines are formed. This was more a matter of study then practice.

I then went to work forming bass lines over the chords in various standards that I know. I intentionally did this with the easier standards that I know at first. I wasn’t yet including chords with the bass lines as that would have complicated things too much at this stage. I also wasn’t doing this with a backing track, metronome, or any other device to reinforce timing. That would have also been too difficult at this point. I just slowly thought through how to form the bass line throughout the progression.

Once I started getting more comfortable with this (which took a couple weeks) I began using a metronome while doing it. This made it more difficult at first, but I took it slow and eventually got used to it. I gradually pushed my speed up faster. I then started doing bass lines along with backing tracks. By now, I was getting pretty comfortable with forming the bass lines.

After a few months of gradually working on this, I ended up with a comfortable ability to play chords with a walking bass line.

What Do These Examples Have in Common?

Let’s recap on some of the similarities in these three personal examples that I’ve written. Here are some things to consider:

So, sit down and think a little about some specific things that you are looking to get better at doing. Follow these steps in the way you think would be best for your particular situation. Being able to think clearly, rationally and analytically is a large part of the whole process. And, most importantly, be patient and have faith in what you are doing.