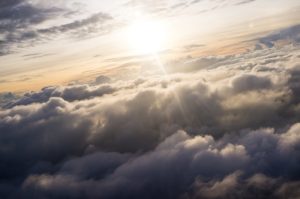 When I’m practicing something on the guitar, I often like to think of myself as a scientist doing lab work. I experiment with things, observe what happens, modify the experiment, and eventually zero in on what needs to be done.

Mistakes are one of the main forms of feedback I receive during this practicing process. A mistake is just an unintended occurrence, or an unexpected result to the experiment. The mistake is ultimately what tells me what and where the work needs to be done.

When you take this view of practicing the guitar, mistakes are no longer something that frustrate and annoy you. Mistakes simply become something to be studied. They’re an inevitable part of the practicing process.

To get the most benefit out of observing your mistakes, some analysis needs to happen. Below, I’ll go through some of my thought process when I make mistakes or see my students make mistakes.

Even though the end result is the same (a botched chord change), the cause and remedy for the mistake is different depending on which type it is.

For mental mistakes, you have the technique to play what’s needed, but you can’t keep up with the mental flow. The music is too fast, too intricate, and you just haven’t absorbed the music well enough into your memory. Because of this, it breaks down in critical spots. If you’re improvising, things like not being able to keep up with the chord changes you’re playing over, keep your place in a chord progression, or losing track of your scale patterns would be mental mistakes.

For physical mistakes, you know well enough what needs to be done to play the music, but your technique is not developed well enough to actually do it. You can’t move your fingers fast enough or accurately enough, you don’t have a good economy of motion worked out, or maybe the technique is all together something that you just haven’t developed the skill for (like finger-picking, playing slide guitar, or doing sweep arpeggios). If improvising, examples of physical mistakes would be not being able to keep up with fast tempo songs, having sloppy timing, and not being able to execute certain licks you’re attempting.

So, when a mistake happens in your playing, you should diagnose which type of mistake it was. That will tell you how to go about fixing the mistake.

Here are some ways you can go about fixing physical and mental mistakes in your playing.

If you are practicing something that has already been composed (meaning not improvising), the solution boils down to memorizing it better. Take the troublesome areas, use a metronome to slow them down to a speed that is easy to keep up with, and then gradually bring that speed up. Do this a handful of times, and you’ll soon have it locked in to your mind and muscle memory much better.

If you are doing something more improvisational, some deeper analysis needs to be done. Ask yourself, where am I losing track of what I need to be doing? Where is my awareness slipping? What is the root cause of the mistake?

Most likely, you’ll need to do some supplementary exercises that work on better scale knowledge, targeting chord tones when soloing, keeping up with chord changes and shifting harmonies while soloing, or any of the other mental aspects of improvising. You can design exercises to address any specific skills you find to be deficient.

The remedy for physical mistakes depends on how out of reach the technique is that you’re trying to do.

If you’re already pretty close to having the technical ability to execute the passage at hand, you could slow the passage down and work it up with a metronome. This very well might do the trick. Or, maybe your playing is a little out of shape, in which case you can do some basic exercises to get your chops back up to peak form.

Sometimes, the technique you’re attempting is just too far out of reach for these solutions. For instance, maybe you’re practicing a classical guitar piece that involves a lot of tremolo picking, and you haven’t yet developed the ability to do the tremolo technique. In this case, it would be better to put that project on hold and instead do some basic tremolo picking exercises. Then, once you’ve developed some ability with that particular technique, come back to the original piece of music and continue working on it.

The bottom line is that you should try not to react negatively to mistakes. Instead, observe what happened, and glean some information from them to help make you a better guitar player.

No matter how good a musician you become, mistakes will always be a part of playing, especially when practicing. Consider this quote from legendary classical guitarist Julian Bream:

If you heard me practice, you would think I didn’t know how to play.

This doesn’t mean you should passively accept it when mistakes happen. That’s no better than getting frustrated and quitting the practice session. Instead, take the middle road. Figure out what the mistake is telling you, and then put together a way to improve whatever the cause was for it.

Get New Posts Via Email!